If you can’t use your blog to pontificate and force your bloated opinions into the world, then what the hell is it good for? I was thinking of reviewing the book I’m reading—you know, on Amazon, Goodreads, all those important places that value my commentary—but then I decided my thoughts on this particular work aren’t a review so much as an op-ed. So I dusted off my blogging hat (the one with the tiny propeller on top) and wrote you all this love letter. 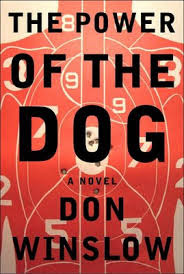 I’m about halfway through Don Winslow’s Power of the Dog. I purchased the book about a year ago, but was so put off by Savages, (a book Ken Bruen compared to my own Piggyback,) I decided to wait to read it. I know, I know, I know, I was supposed to like Savages, but I didn’t. Why? That’s a whole nother bog.

Anyway, I’m reading—and loving—Power of the Dog, but my knowledge of Mexican drug war history is limited. (I know, with the amount of Mexican tar heroin I’ve shot into my veins over the last 30 years, you’d think I’d know more.) They’re basically three angles in the first half of Power of the Dog: The battle between good and evil south of the border, a high class call girl’s California backstory, and the plot-line of one Irish gangster from Hell’s Kitchen. Now, I may not know a lot about the former two, but I do know A LOT about the history of American organized crime. 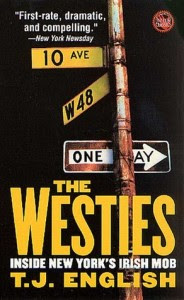 The Hell’s kitchen story is taken straight from the pages of La Cosa Nostra. The infamous deal the late Paul Castellano made with the Kitchen’s Westies, the rise of the Irish gangsters propelled by the possession of a little black book taken from a heavyweight (murdered) loan shark. The names have been altered, but I recognize the players. (Looking for the real scoop on the Westies? Look no further than T.J. English’s The Westies.) And that’s the way it’s supposed to work, right? That’s historical fiction, right? Remember E.L. Doctorow’s Billy Bathgate? Don DeLillo’s Libra? There’re plenty of examples of writer’s blending historical facts and character’s and brewing up tasty fiction. Sure there’s the loose examples like Caleb Carr’s alienist or TC Bolye’s The Road to Wellville. Boyle and Carr take characters and elements from history, but not the whole dang plot line. But what of the others?

When a book makes you question whether it’s fact or fiction, that’s a good thing. I often wondered how Don DeLillo was able to gather some of the data he did for Libra, then I remembered—oh yeah, he’s making some of this up. Some of it. 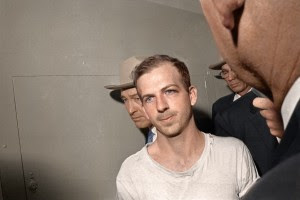 The reason I spotted the parallel plot in Winslow’s book was because I was so damn familiar with the Westies tale: the meeting with the Gambinos, the “don’t ask, don’t tell” policy on mafia drug sales in the 80’s, the goings-on of the Gotti crew. I mean, Winslow was detailed enough to depict the strange and permanent marital aid that Big Paulie Castellano had surgically inserted so he could couple with his Columbian maid. 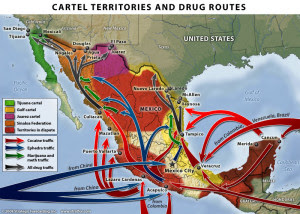 What I don’t know is the details and arcs of the Mexican crime history. Does the south of the border portion of Power of the Dog line up with real-life facts like the New York portion of the book? And is that fair? I’ve got to assume the Mexican plot adheres closely to facts I’m unaware of. (And don’t think reading this book didn’t set me off on a fury of googling. I’ve upped my knowledge regarding why it’s almost impossible to find anything but Mexican heroin in California. My suspicions had been correct all along.) 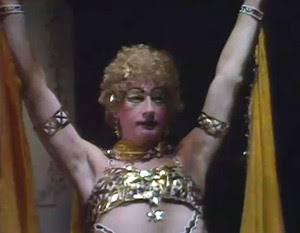 As much as I’m enamored by these type of books, these epic tomes, I began to wonder if creating an alternate history was out of my reach. I closed my starry eyes for a moment, looked past the smoke and mirrors, and started to about think writing one myself. Then is hit me. An epiphany. With quite a few of these behemoths at least, the heavy lifting is already done—by history! The plot is neatly laid out in front of you. All you have to do is be diligent in your research and connect the dots. Could really be that easy? Is this the secret that fucker TC Boyle’s been hiding? When Robert Graves’ wife asked if, instead of drinking, shouldn’t he be working on I, Claudius, did he reply, “Oh, it’s fine. I’ve already finished the outline. It’s called the fall of Rome!” before tipping back another cognac? I think it’s entirely possible.

Okay, the title of this blog was a bit misleading. Perhaps I should scroll back up and rename it: Epic Schmepic.

2 Responses to “Discovering the Cheatin’ Shortcuts of Our Literary Heroes.”